Our first item of clothing is our skin. The body we are in. We cannot choose a color or a shape. Your skin, your body, your first suit already contains so much information and carries so much history with it and that affects your identity even before you have put on any piece of clothing. 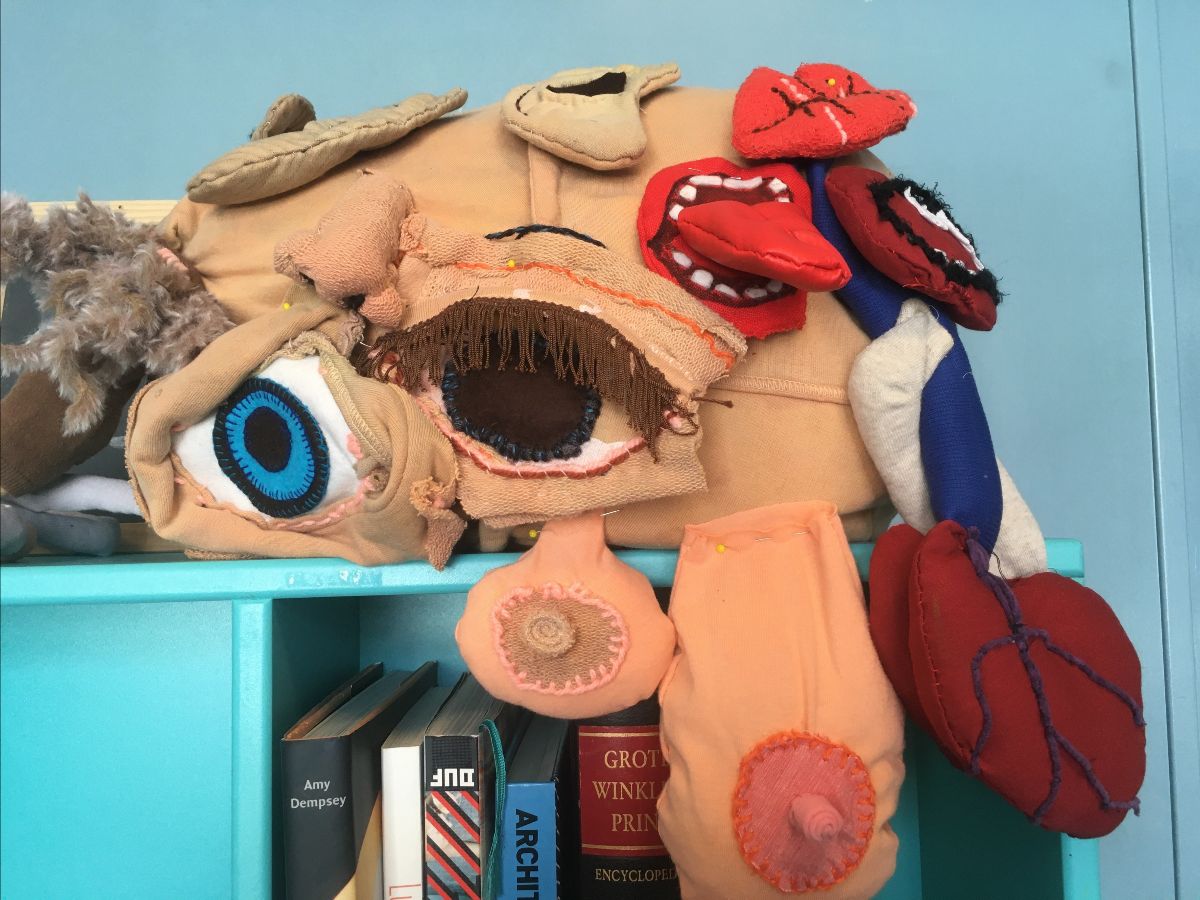 (Work in progress: The inner, an inside-out costume consisting of organs made of textile)

Then follow the next layers with which you can influence that identity somewhat. As a person you always carry a context with you. If we could see that context as a piece of clothing, an extension of our body and we were able to wear it, what woud it look like? What would I wear?

When I travel I think about what makes me a stranger when I’m somewhere else, why the rules are suddenly different for me or don’t apply.
It can bring freedom. But sometimes it is too tight a framework.
For example, if you’ve been living somewhere for three months and people are still shouting “Welcome to my country!” then you suddenly feel a little less welcome, and you wonder when you are aloowed to become one of them.

While I visited Ethiopia in 2019 I started to wonder how I could wear my own context. Like a piece of clothing. Maybe I could make sure that people no longer had a reference and no starting point to compare me with anything.
How will they then approach that stranger?
I made a package or costume out of banana leaf and bamboo and grass that could completely cover me so that nothing of my own self was visible.
I walked down the street in it.
At first it felt safe inside the suit. Nobody saw me. Nobody knew what or who I was. I didn’t have to smile or to answer to anyone. But at some point I started to feel a little lonely. People made a lot of contact with me, but it wasn’t really me. I couldn’t see them and they couldn’t see me, at least not ‘really’. They made contact with my outside. I noticed that I wanted to reveal myself in order to make real contact and that I also wanted to own some parts of my supposed identity.

But I also noticed, because I became disconnected from people, that I didn’t actually show anything of myself. It wasn’t me who did the performance, it wasn’t me who was on ‘the stage’. It was the audience who responded to me, who did the real performance. They began to reveal themselves through my concealment.
Some people made a cross to ward of evil, others thought the suit was very beautiful and wanted to touch it. Some people thought it was a forgotten Ethiopian tradition. Some people were happy about it and others commented on how much bread you could have made from all that banana leaf.
The costume revealed the fear, pleasure, curiosity, practicality, misunderstanding, and sense of beauty in the people themselves.
Perhaps when people recognize little to refer to, they directly create their own individual context for something.
That says more about themselves than about the others.

Since then I have made more costumes (three of which are currently on display at Musuem Villa Mondriaan). The costumes are more than just a shell, they are an exploration of possible identities.
Which part is coincidence, which part is allocated and which part is a personal achievement?
Identities reside in a symbolic time and space in an imaginary geography. They are fictional, so to speak. Made up by a group, by an entire society or a political idea.
“Wearing” a stranger is a truly transformative activity. Although you are being watched yourself, you are secretly spying on your audience. 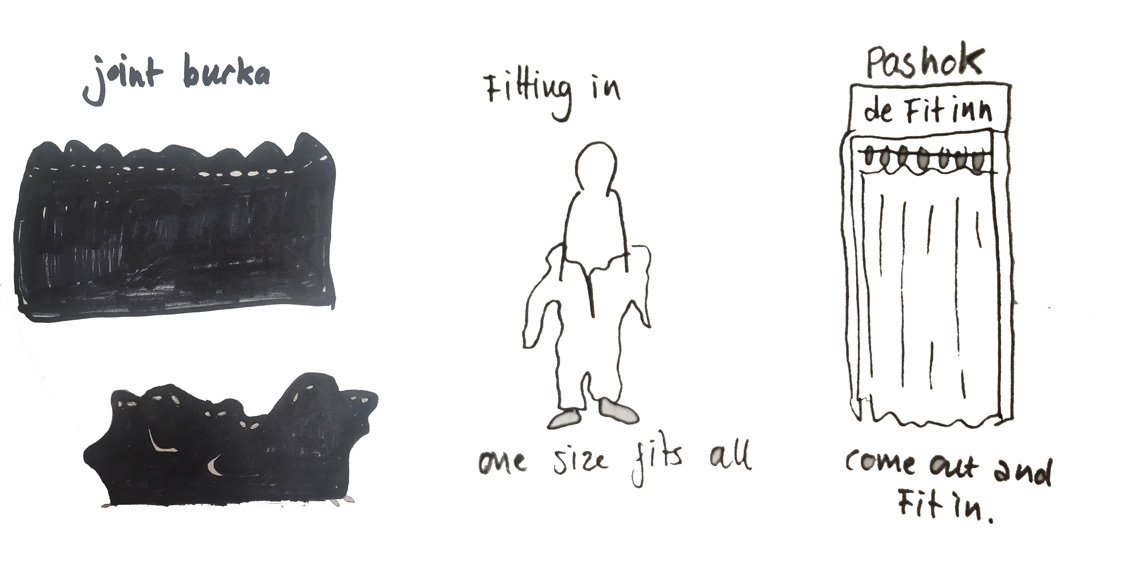