The Makefactory entered the national Art Price for children “Kunstkwast 2013” of the Art and literature magazine “Boekie Boekie”.
The subject of this year was portraits. Of the Makefactory seven children sent in their portraits:  Eva, Pien, Maika, Ate, Jochem, Julus en Mees.

On the 25th of May the awards were being handed out in Lantaren/Venster in Rotterdam.

More then 100 portraits were sent in by children of all of the Netherlands and of all those children FOUR kids from Makefactory were selected for the shortlist of 12!
Hurray!
And ……believe it or not, the winner of the first price was…… tadatatada…
ATE!
Congratulations Ate! 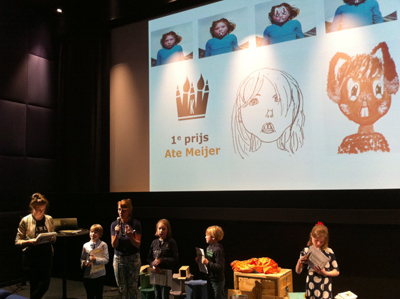 Here you can see the works that Ate won the prize with:
Title: “How I look like a rabbit” 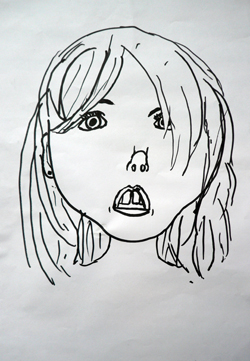 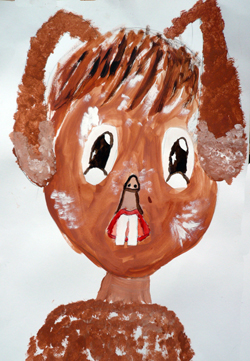 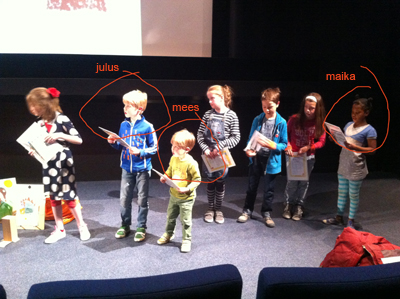 ‘Me as an astronaut’, Julus, 7 years. Nominated. 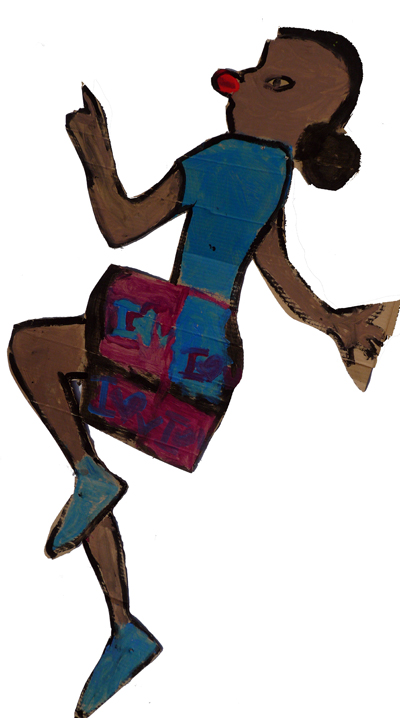 ‘ Doll for teasing my sister when I am not around’ Maika, 8 years. Nominated.

‘This is me standing’ Mees, 5 years. Nominated.

What did we do in the lessons of the second edtion?

We have done a ‘super’ lot in the last Makefactory, so much that I didn’t even find the time to put all of it on the website!
We talked about famous monsters that inspired many artists, like Godzilla and Kingkong.
We talked about how you can make your self-made monster move or your machine, like Theo Jansen does with his beach animals. 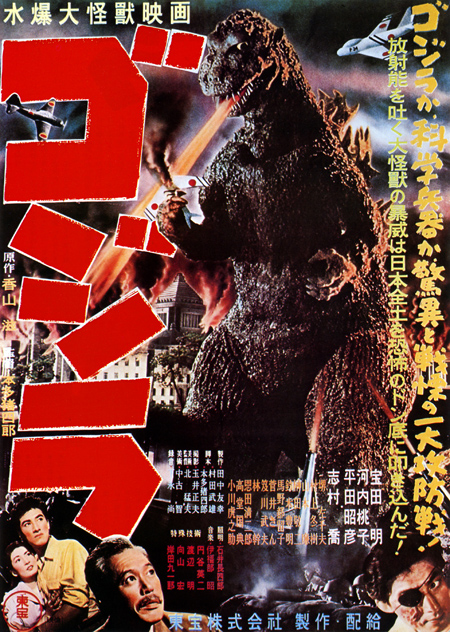 Then we made cardboard figures that would move if you pulled them by a rope.  We worked on that for two whole lessons. Some kids made an animal, some made a machine, there were even scissors! Everything was allowed as long as it could move.
In the second lesson our Makefactory kids build an electric circuit on the back of their figures to make the eyes light up! That wasn’t easy, but… everyone did it!

Here you can see Jip’s beautifull dragon and the machine made by Jurriaan. 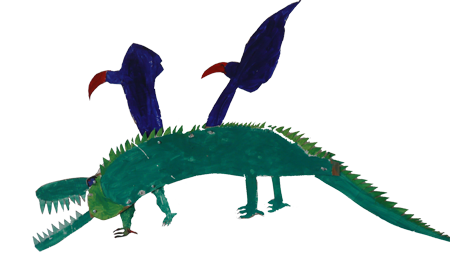 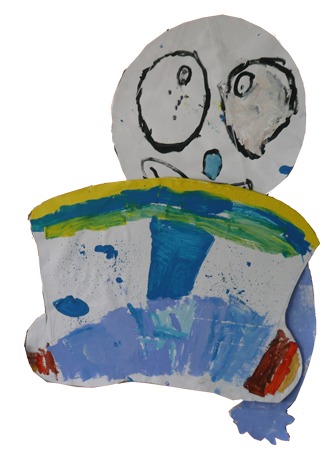 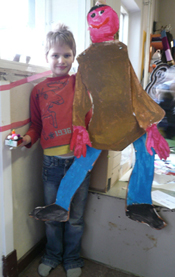 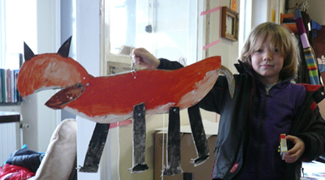 Ole with his fox.

In this beautiful last edition of Make factory in which we even won prizes, we also spoke about Pop-art and collage and made a pocket monster. A tiny monster that you can easily carry around in your pocket and that jumps out of it’s box when you absolutely need to scare someone!

There is a NEW MAKEFACTORY coming up after the summer holidays!

We will keep you posted! Goodbye for now, but before you go, have a look at this:
Two super nice photocollages by Sam and Eva.
Look at what a scary story Eva’s work is telling you, look at the scared babyface of the figure on the right! Well done! 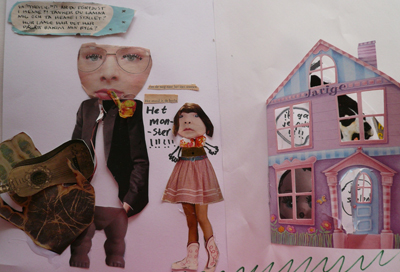 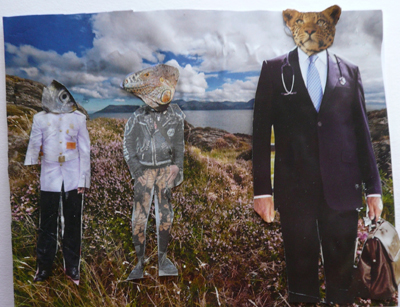