Showing from 5th March to 19th September in the exhibition “Ferengi” in Museum Villa Mondriaan. While we wait for the museum to open, we can meet with the Ferengi from the exhibition right here:

This costume was introduced in the previous newsletter in the blog “stuff stuff stuff”. Nothing was bought for this ‘costume’. It is too heavy to walk with and thus it tells its own story. All the things we collect, all the stories from the past, memories, souvenirs are incorporated into it. They are precious materialized thoughts and sentiments until they become ballast. The ballast of a life became its own entity. 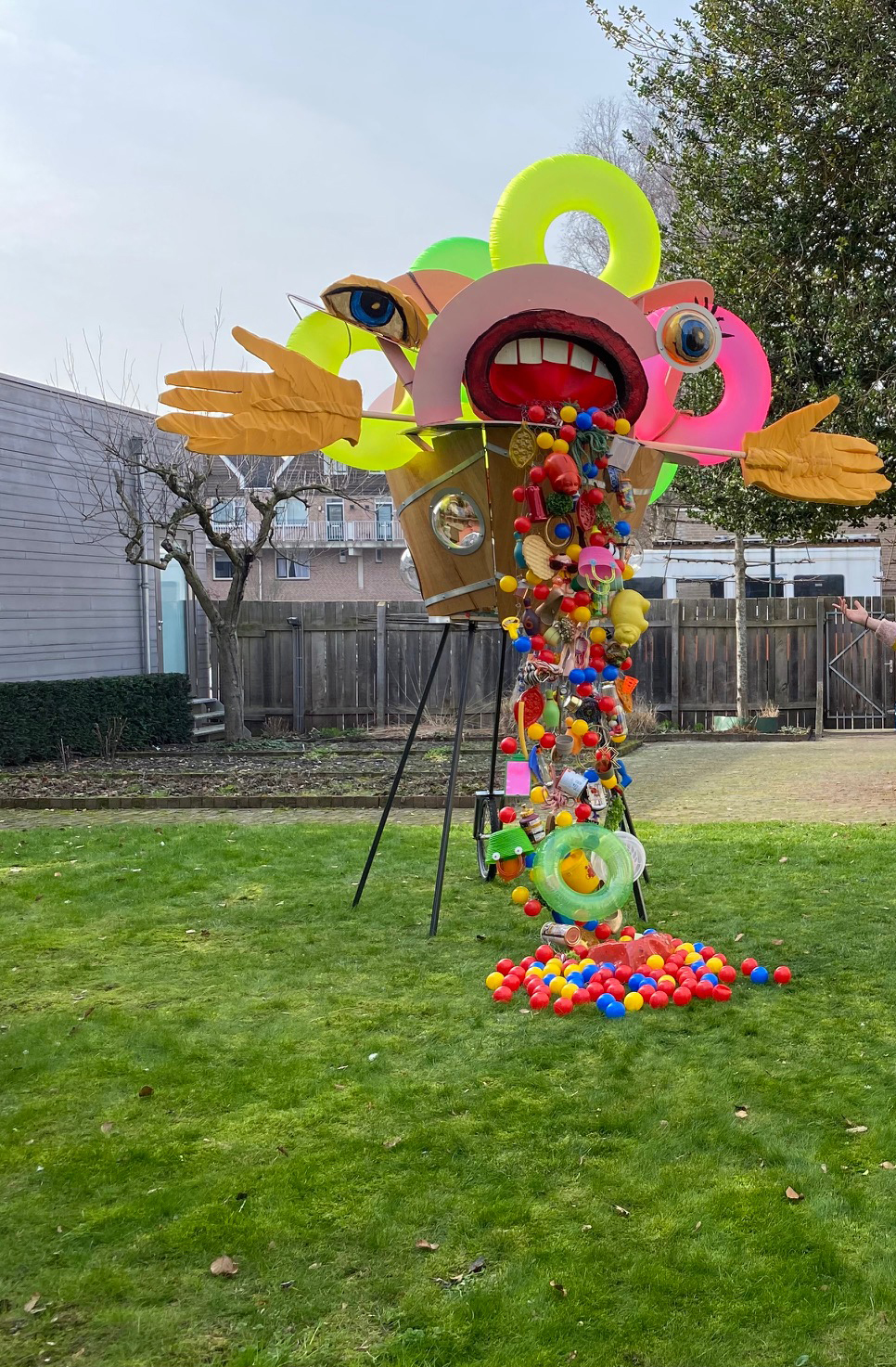 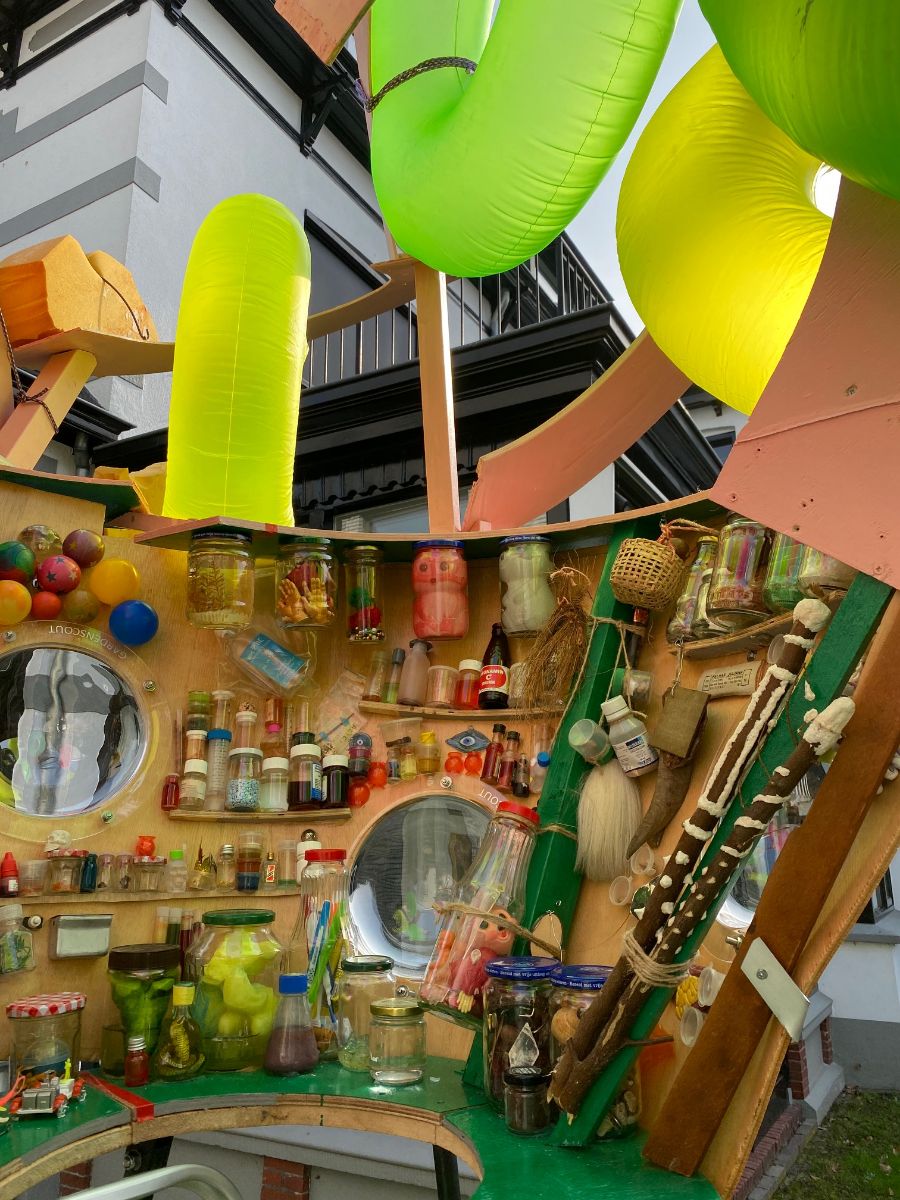 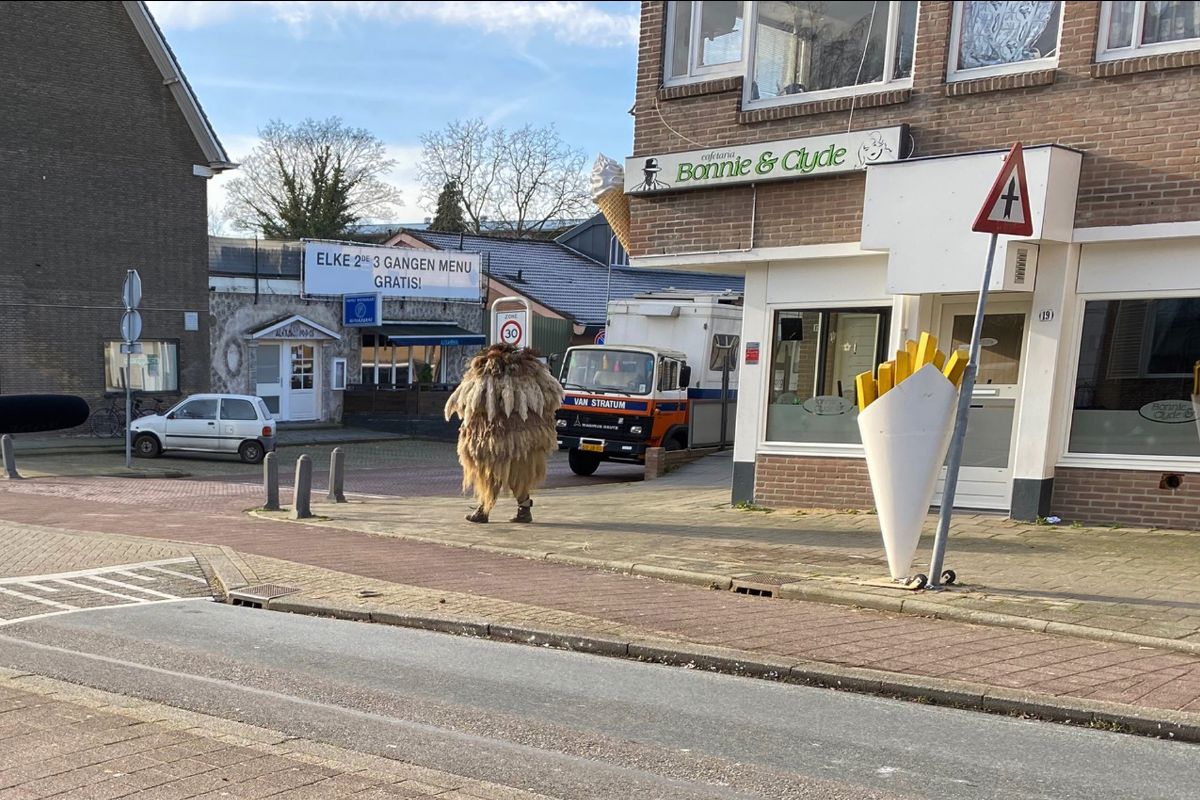 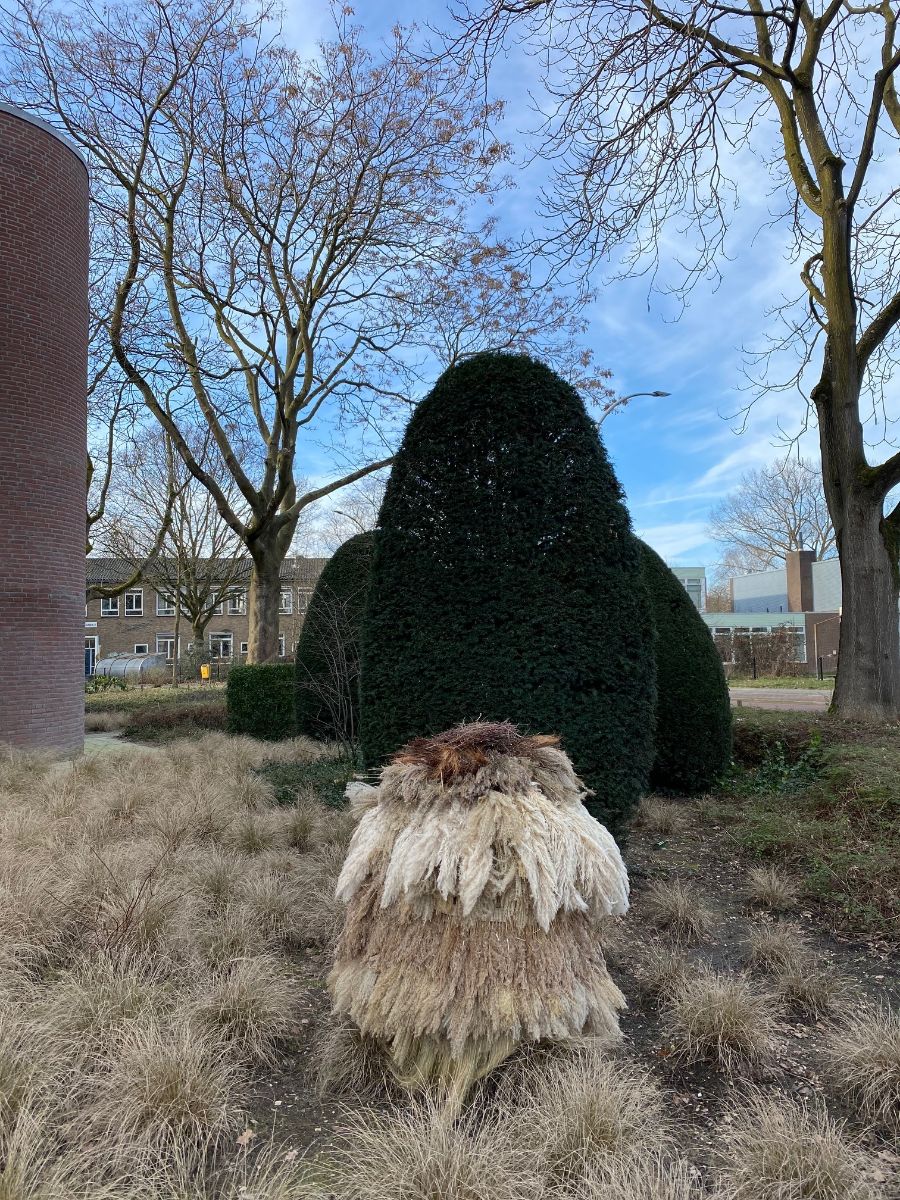 These two costumes are made entirely from material from my immediate environment. While I was wondering what it means to pass off as a Dutch citizen abroad, I wandered through my own soil. To begin with, my garden. There was a dead pine tree in it that had to be removed. And bamboo also grows there (an exotic by the way). While I was busy sawing and cutting the tree and the bamboo, I wondered which part of the Netherlands I wanted to represent if people call me Dutch. Maybe the nature? The ability to incorporate something exotic, something new and strange as part of our own identity? This is how the Ferengi Hollandinye (the Dutch stranger, because it looks like the first Ferengi, an Ethiopian stranger) was created, made of bamboo from the garden, grass from the floodplains and ‘test grasses’ from the WUR trial fields.
While Debek Ferengi (Hidden Stranger) has antlers from our fir tree, and is made of the wool of Grebbeveld Schapen &zo, where our Magirus is parked. 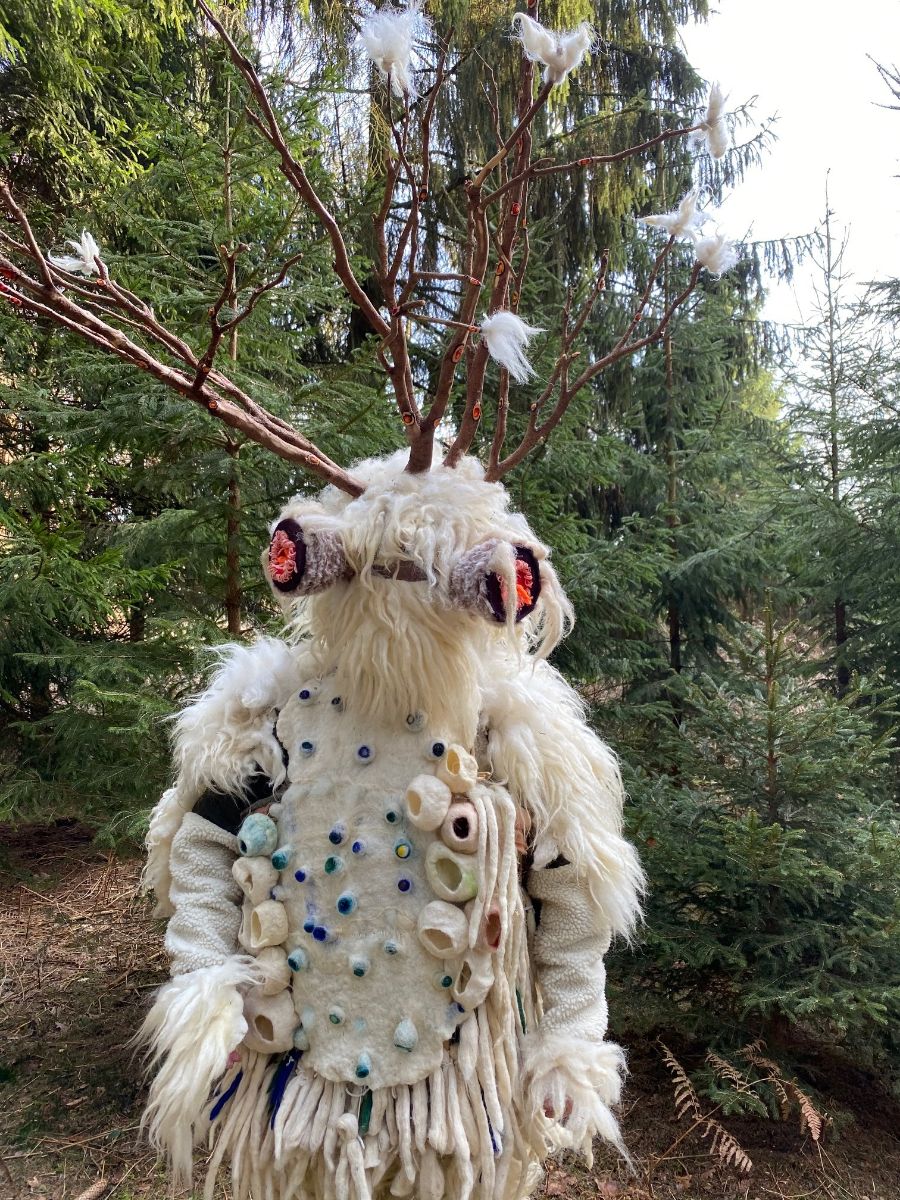 A sea creature, Valerie wrote a poem to accompany this costume that has everything to do with her motto “Definition belong to the definers, not to the defined” (Toni Morrisson) 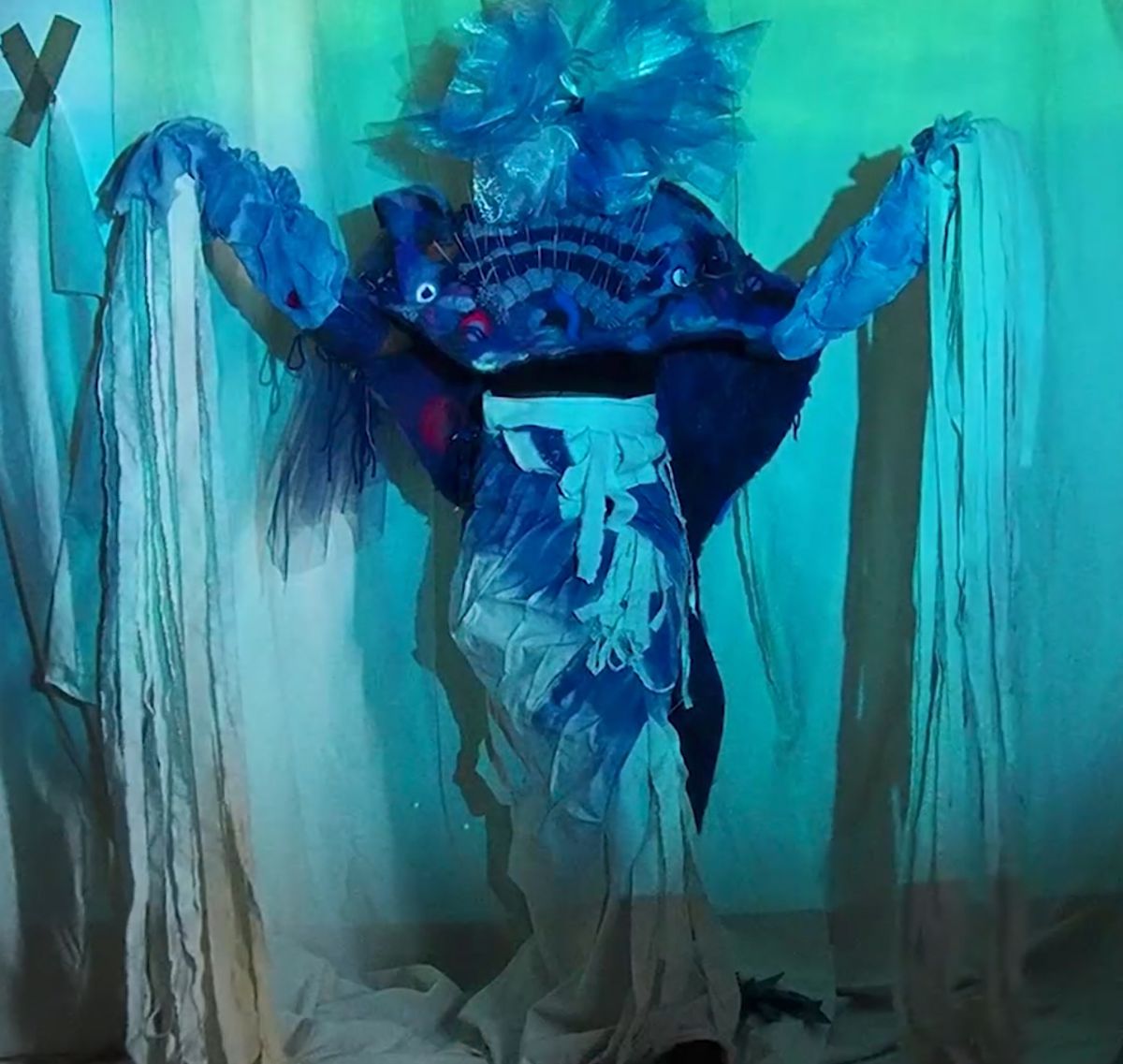 “My Ecosapiens was born from my desire to see the urban and the rural coexist in symbiosis. Where the one strengthens the other, and both can live together in harmony and biodiversity. That they understand and share their cultural values and knowledge for a better future…” 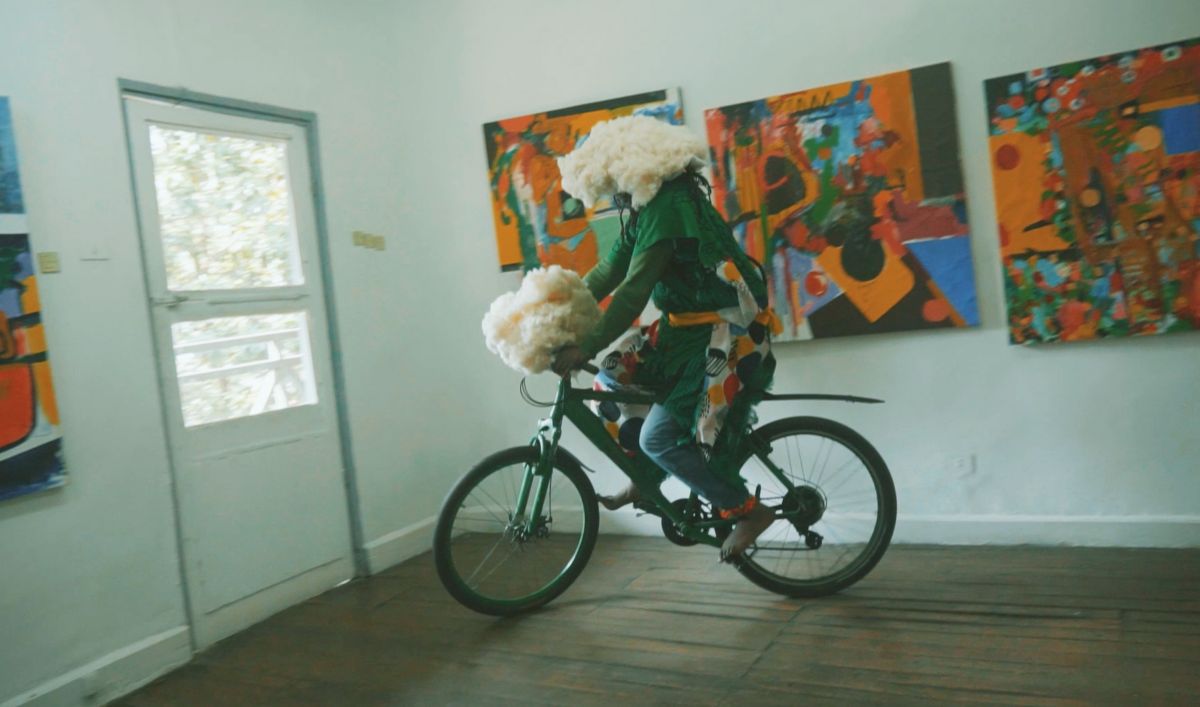 ‘Fjállkonan’ is a mythical woman who symbolizes the people and nature of Iceland. Traditionally, the lady, usually played by a famous actress, recites poems during Iceland’s national holiday. She is then dressed in a splendid, traditional mountain woman regalia embroidered with gold thread and flowers. In the twenty-five years that I have been living in the Netherlands, I have come to miss the rugged Icelandic nature and in particular the mountains more and more. It was therefore a logical choice for me to make my own personal ‘Fjállkonan’ for the Ferengi exhibition. 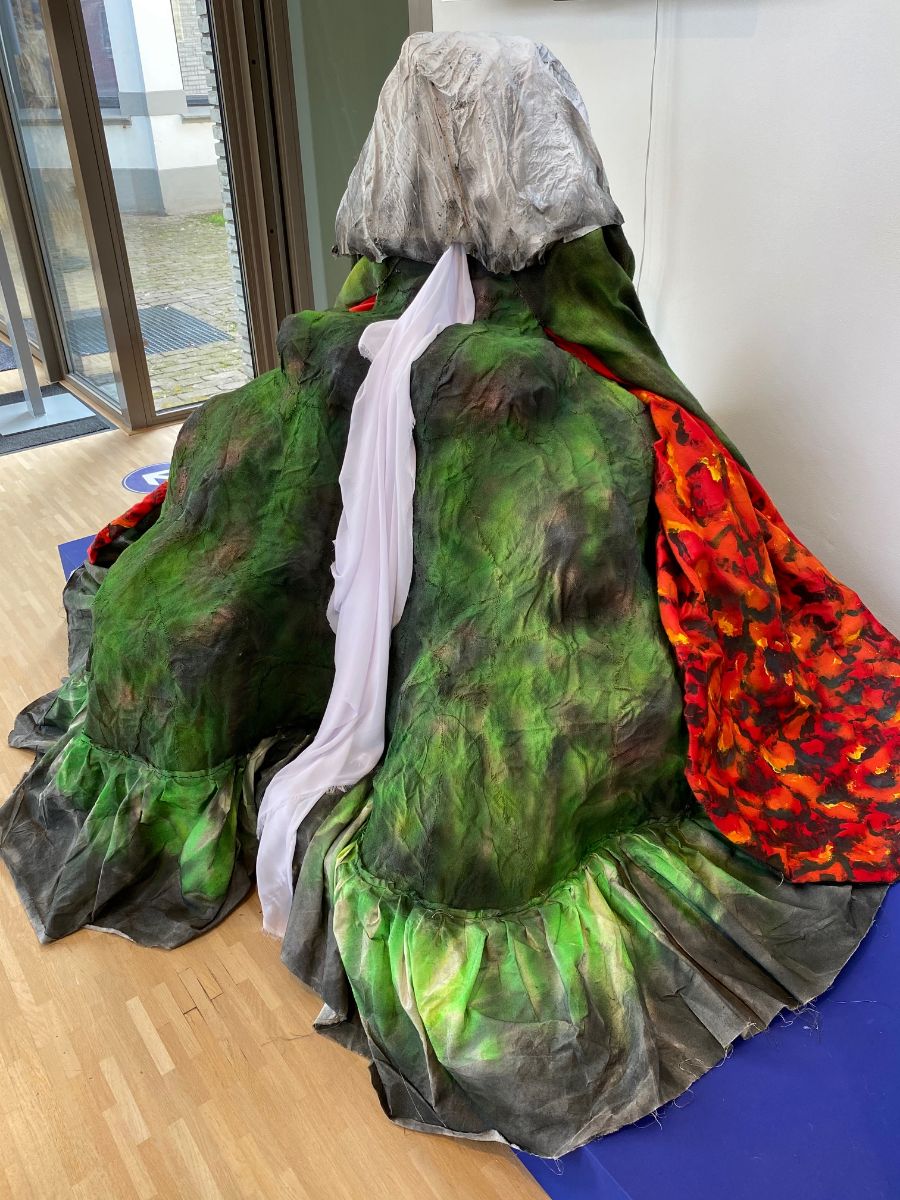 Watch below how the the Ferengi move around in their habitat. With special thanks to Jessie van Vreden, Pauline van Tuyll en Tania Romero.

And visit here the website of Museum Villa Mondriaan. 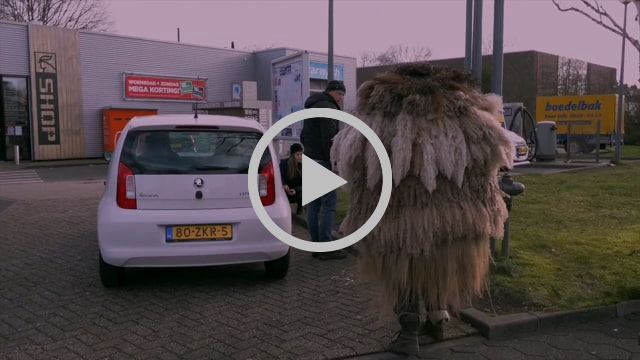