Small Worlds is an installation made in asignement of ‘Pluk de Nacht‘. The outdoor filmfestival on the pear in ‘het IJ’ in Amsterdam.

For this installation Dienke Groenhout en Gigja Reynisdottir collaborated together just like they did for the installation Pocket Garden. Small Worlds is a small bluescreen studio. One camera films the person in the caravan. Another camera films the miniature world under the plastic dome. These two images are being mixed and the ‘actor’ appears in the small world. The public was invited to operate the first camera and people invented quite alot of new fun stuff! Check the films and pictures. 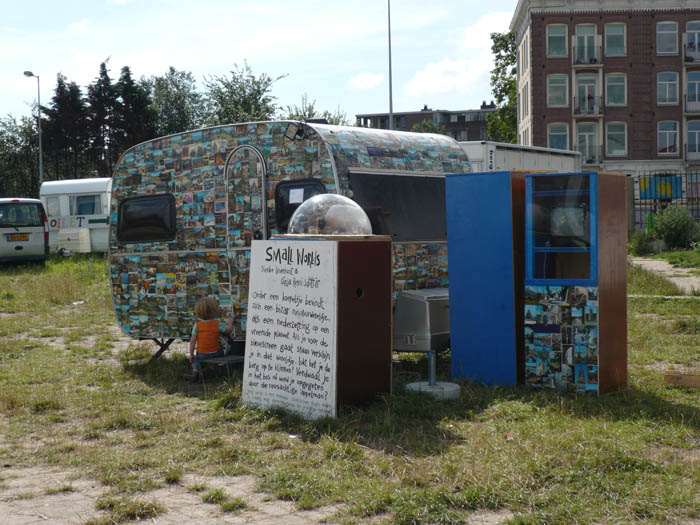 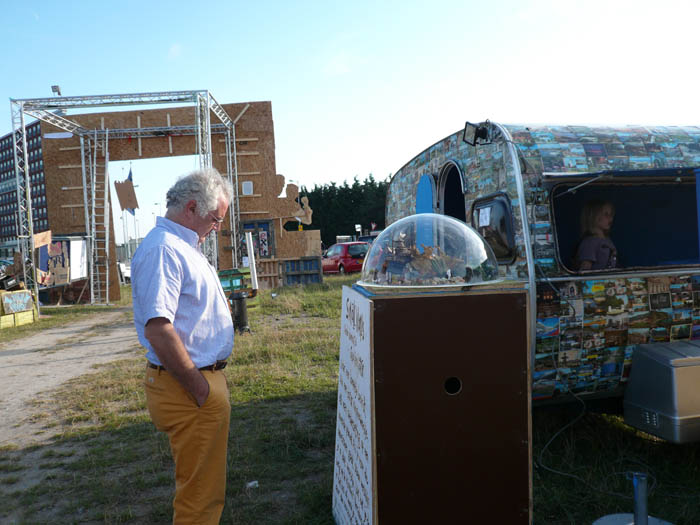 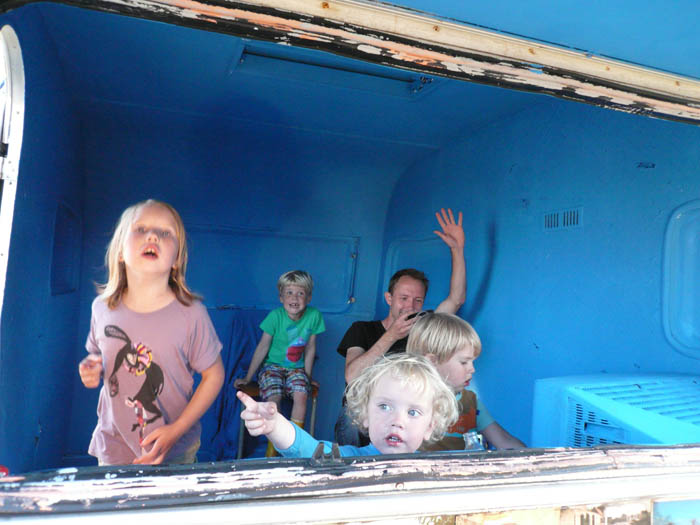 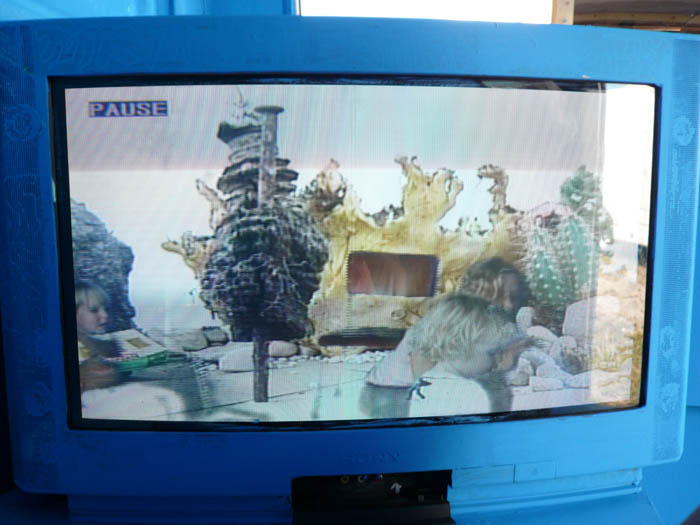 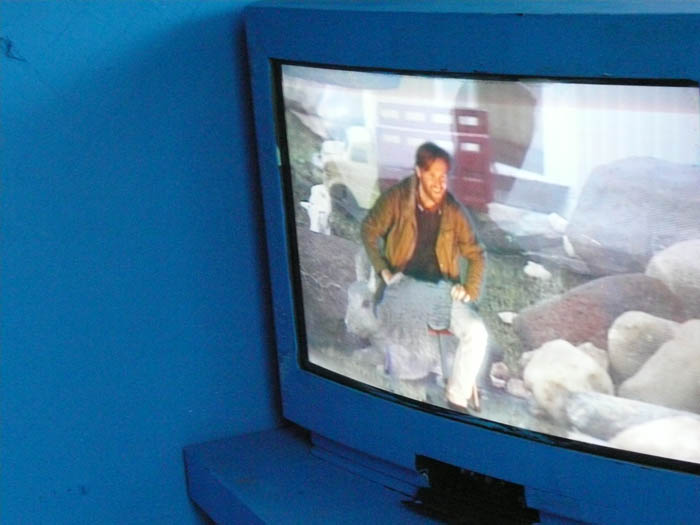 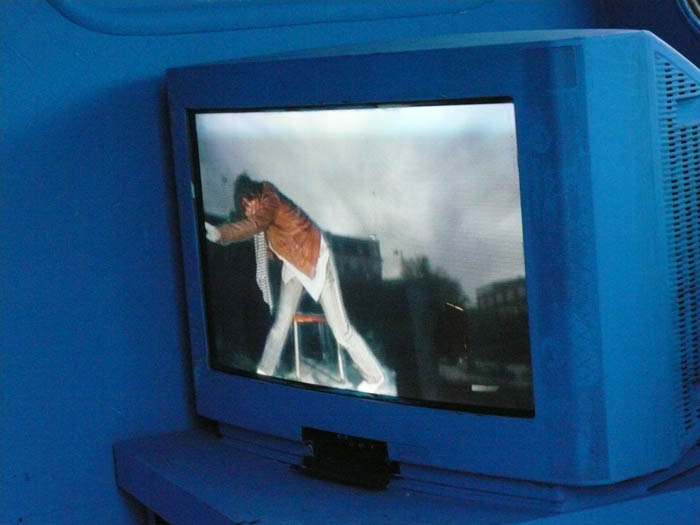 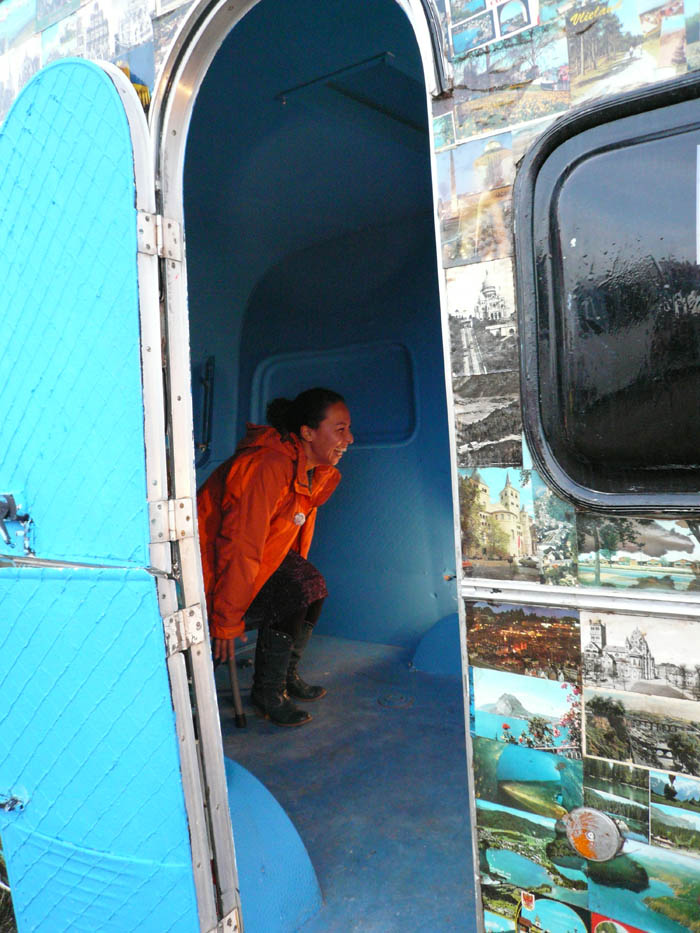 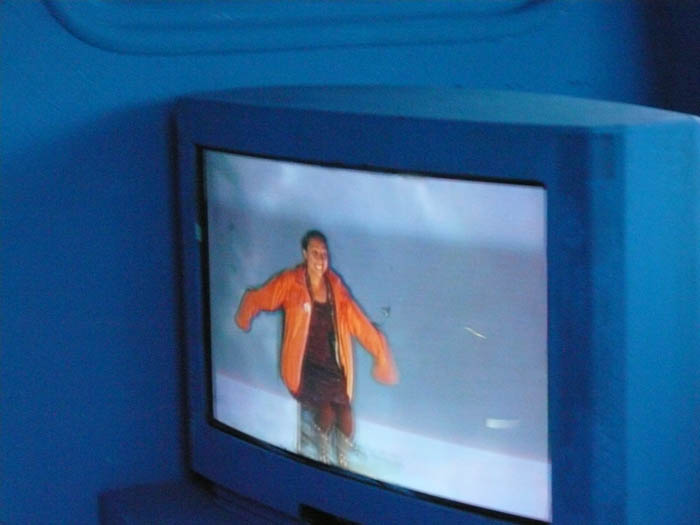 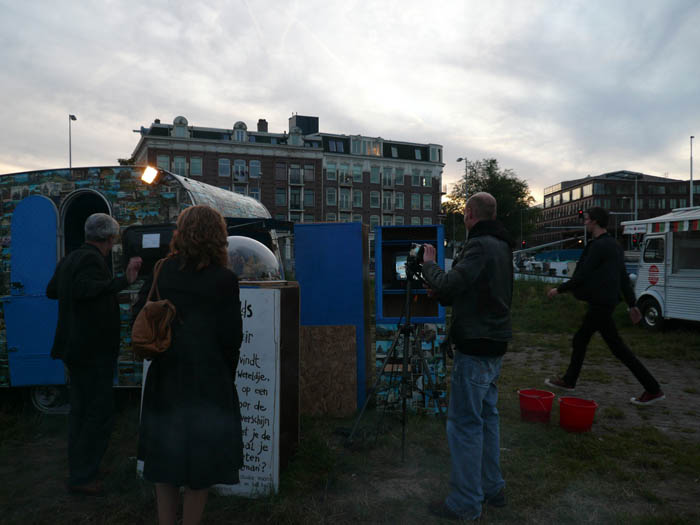 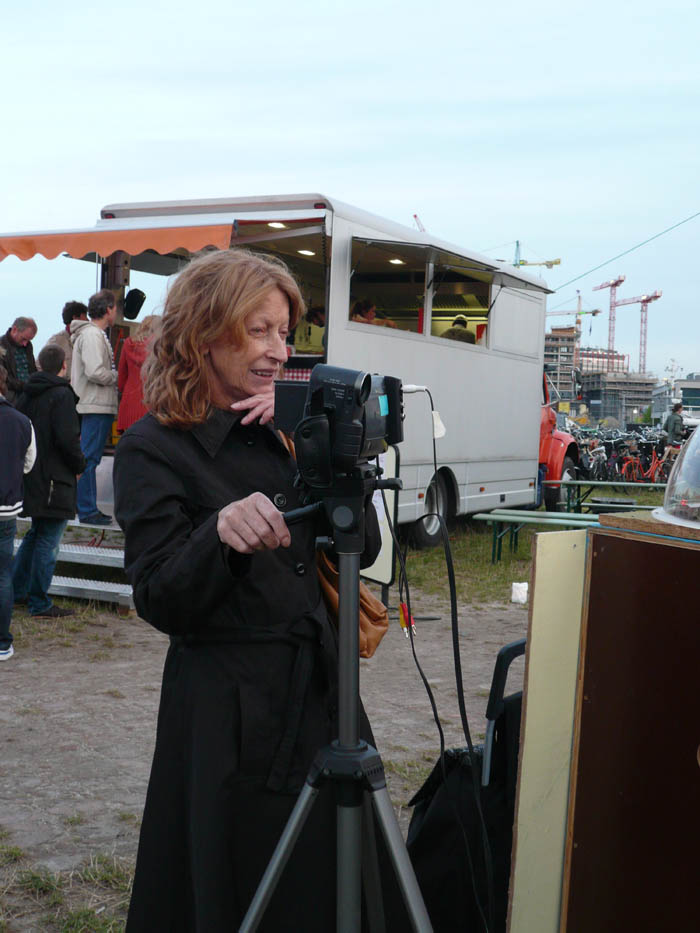 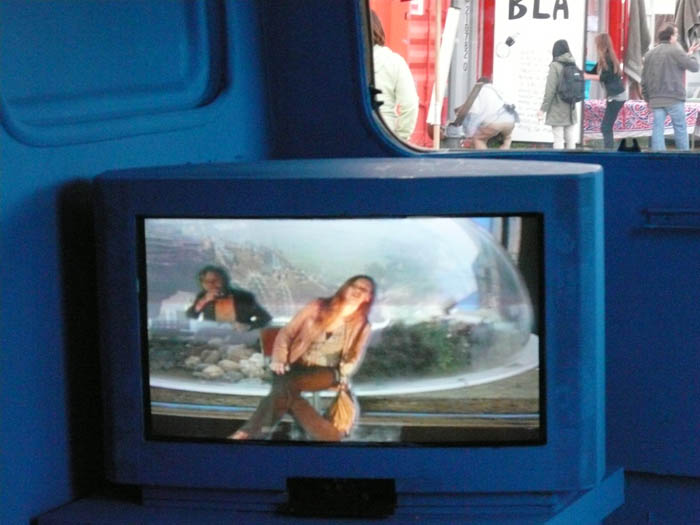 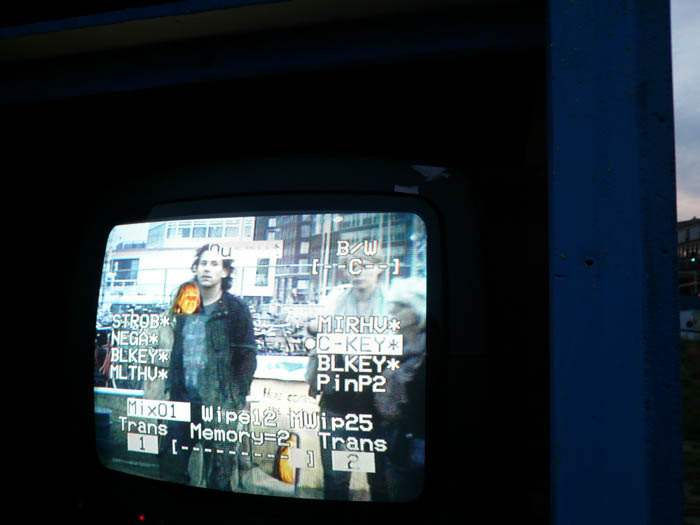 Small Worlds came to exist as the outcome of some funny expiriments with miniature filmsets that Dienke was showing on TV’s. When Gigja saw them she thought it would be so cool to actually be ín those sets. Together they invented a way which made this possible. Beam you up Scotty!
Pictures of the filmsets: 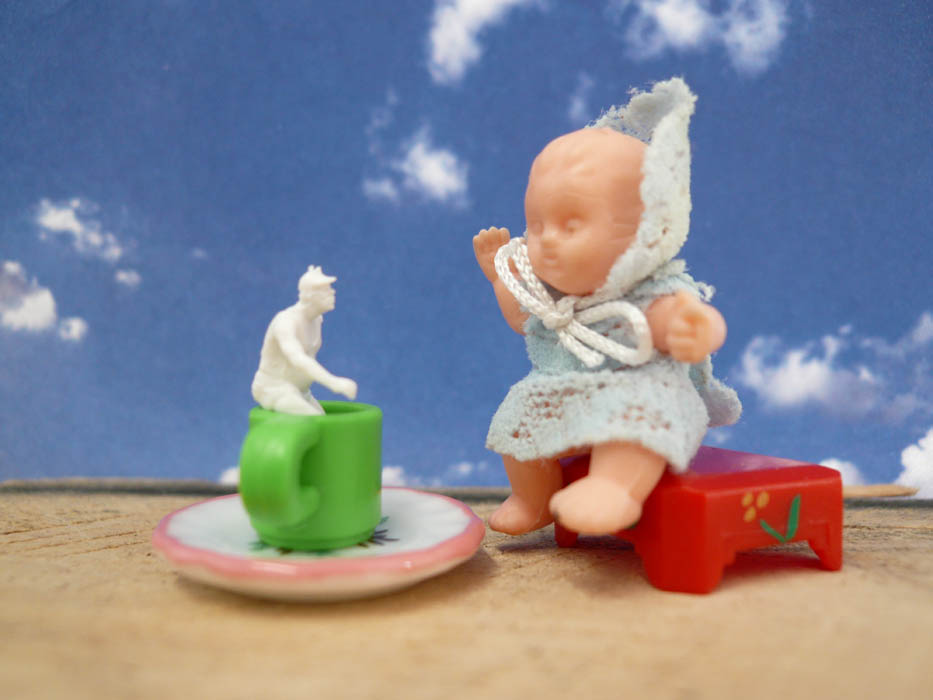 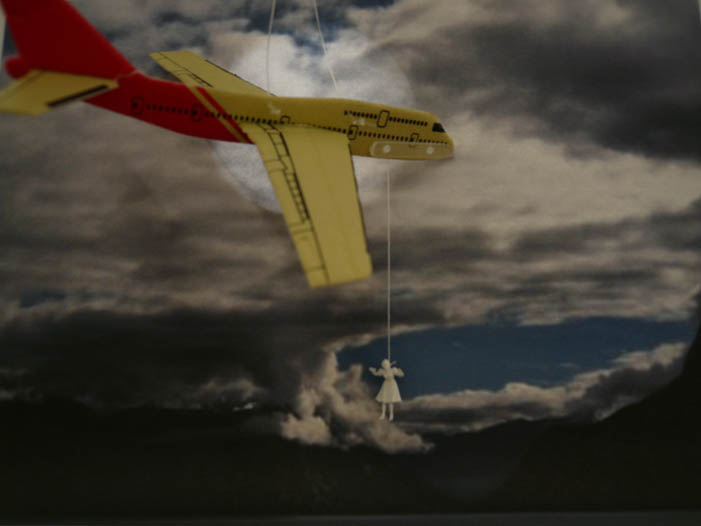 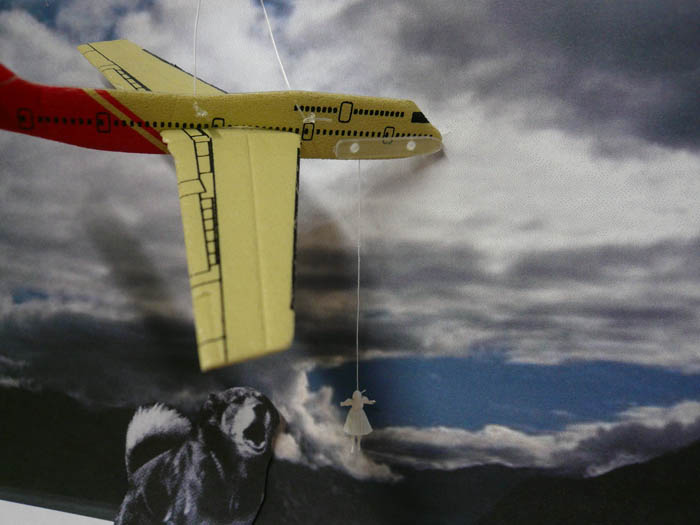 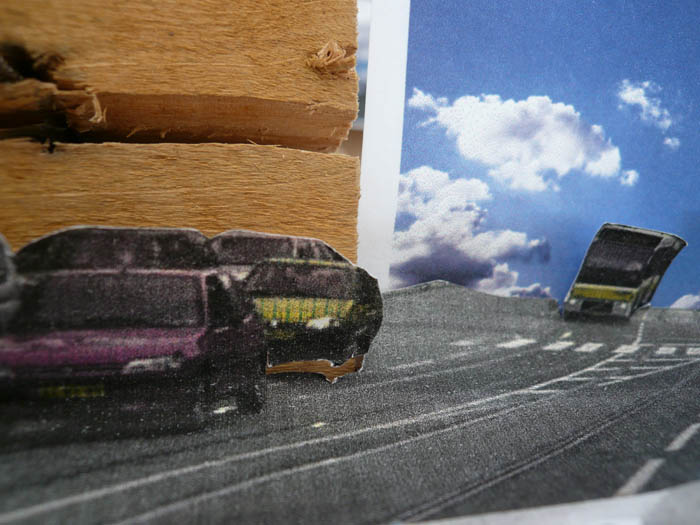 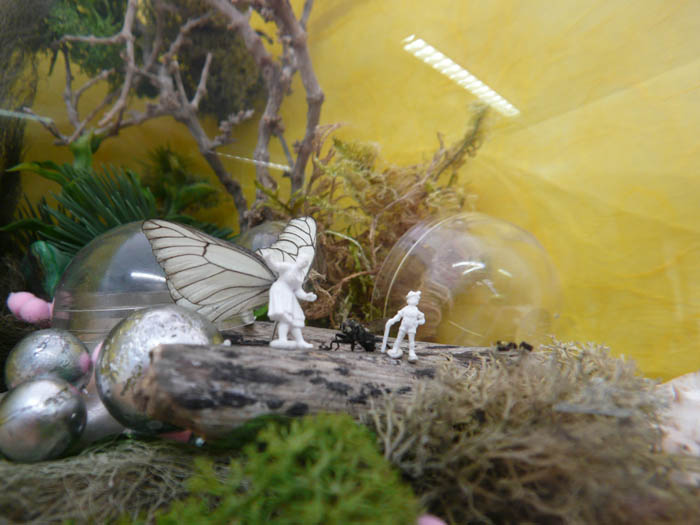 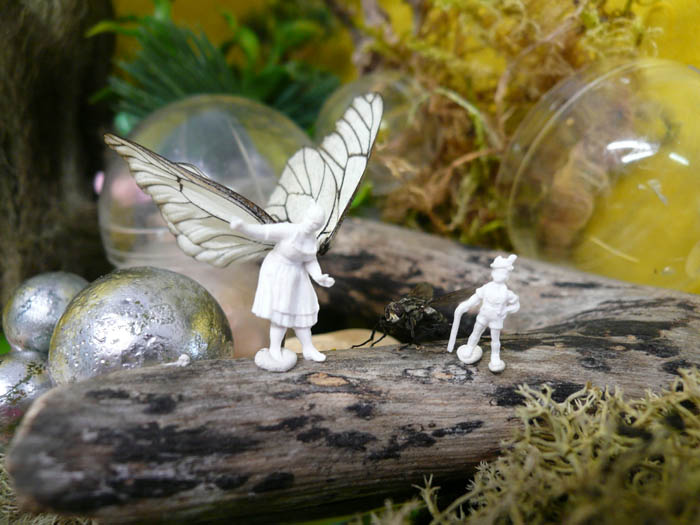 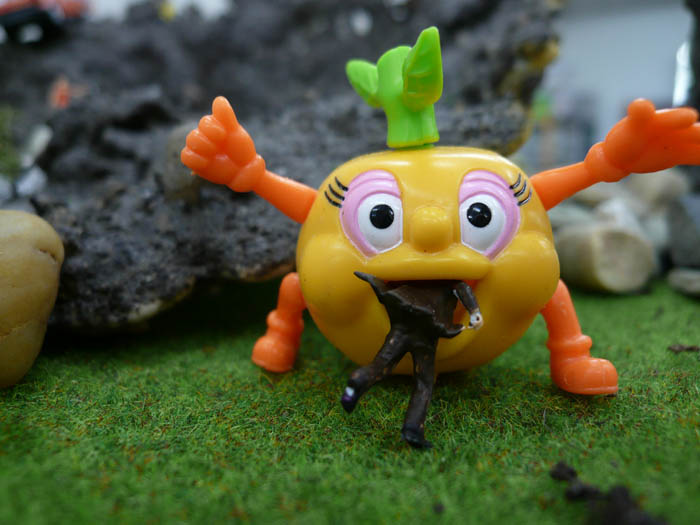 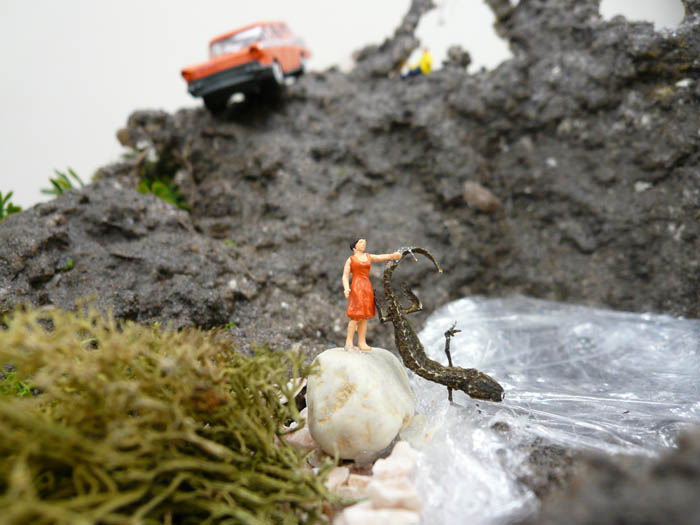 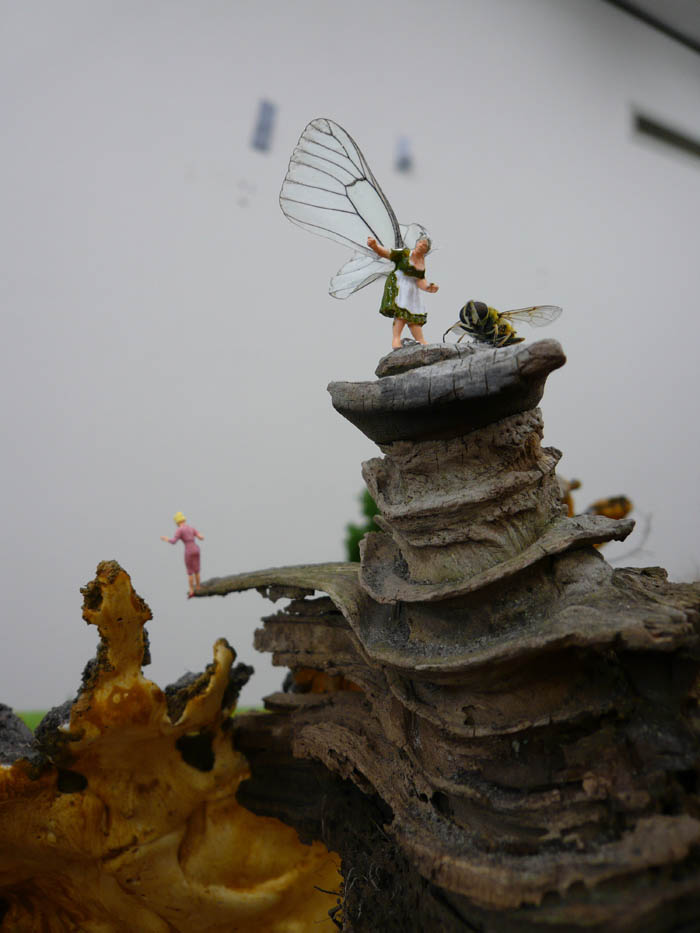 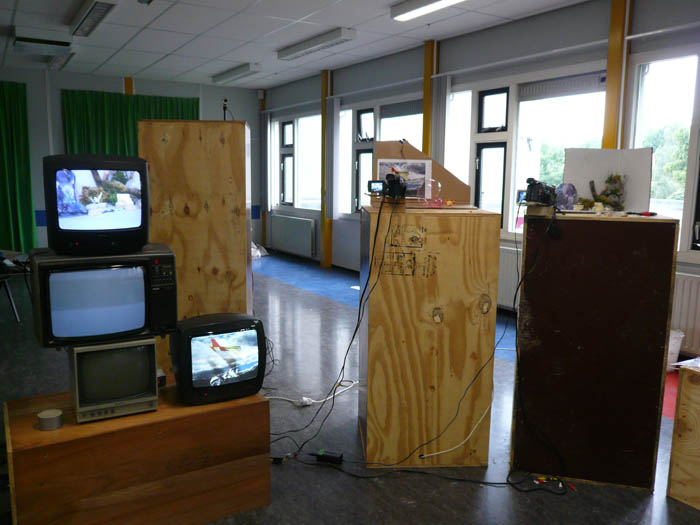